Fare Faire is a rite of passage for Greensboro Montessori School Upper Elementary Students. This annual theatrical production integrates students' language arts, history, and performing arts curriculum. As students learn about a historical period (which has traditionally been the Renaissance), they also read a related novel and work together to bring the story to life on stage. The name, "Fare Faire," is a creative play on words which highlights the communal feast Upper Elementary students and their families enjoy before the student-led performance. Last year's Fare Faire marked a new era in the life of this time-honored tradition. Rather than sticking to a medieval theme, students focused on ancient Rome and presented a two-act play based on "The Secrets of Vesuvius," a historical novel by Caroline Lawrence. The students wrote and starred in their own theatrical adaptation of the book, which depicts Roman life in Pompeii just before the eruption of Mount Vesuvius.

Once again, Fare Faire will evolve in 2018 as the sixth-grade students take over production for the first time. Each sixth grader has a leadership role whether directing, managing the stage, running the sound board, serving as light technicians, managing the microphones, designing the sets, making the costumes, marketing the show, planning the rehearsals and more. Leading their peers in producing Fare Faire is a capstone experience for these students. As sixth graders, they are completing their third year of the upper elementary three-year cycle.

The title of this year’s Fare Faire is "To All a Good Knight." The show is based on the book entitled "The Ballad of Sir Dinadan" by Gerald Morris, and the script was originally written by Greensboro Montessori School's 2009 class of fifth graders. The cast is made up of fourth and fifth graders who practice scenes, lines, and choreography in daily rehearsals leading up to the show (19 rehearsals to be exact).

Fare Faire is Thursday, January 25 at 7 p.m. in the Gym. Our Upper Elementary students would love if you could join us! And just in case you need a formal invitation, we've included the invite given to all faculty and staff of Greensboro Montessori School, and it applies to you, too! In preparation for hazardous weather conditions, Greensboro Montessori School has specific inclement weather procedures for notifying our families about resulting closings, delays and early dismissals. When dangerous weather threatens our area, it is the responsibility of the Head of School to decide if the School should remain operational. In the event of a closing or delayed opening, the School will communicate the decision with parents no later than 6:30 a.m. on the affected day. Additionally, the School will communicate the message in four ways (the same four ways will also be used for early dismissal announcements): 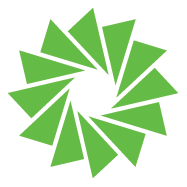